Virtually every musician, music lover and casual radio listener in the developed world has heard songs by and knows the name Van Morrison, the Belfast-born blue-eyed-soul troubadour and multi-instrumentalist who for almost 60 years has been crafting and performing acoustical masterpieces with his exquisite, virtually unparalleled blend of folk, jazz, blues and roots and diving deep “into the mystic” while vehemently rejecting creative restraints.

But what many don’t know is that the roughly nine months Morrison spent living in Cambridge, Massachusetts, in 1968 were elemental in his then-unprecedented transformation from British Invasion-era pop star to legendary musical maverick, evidenced by his second solo album, Astral Weeks, released that year and which famed music critic Lester Bangs lauded as “a mystical document.” In the weeks before becoming a household name, Morrison had envisioned, written and rehearsed that seminal work in Cambridge and Boston, and the area’s influence is unmistakable in some lines on the album’s back jacket: “I saw you coming from Cambridgeport with my poetry and jazz” and “I saw you coming from the Cape, way from Hyannis Port all the way.”

Morrison, of course, had achieved some degree of fame before 1968. From 1964-66, he fronted rock quintet Them and their version of the Morrison-penned “Gloria” became a garage-rock staple after reaching #75 in the Billboard Hot 100 in 1964. In 1965, their single “Here Comes the Night” hit #2 in the UK and their rendition of “Baby, Please Don’t Go” reached #10, but in late 1966 Morrison, age 21, left the group and moved to New York to pursue a solo career, soon signing with Bang Records. In 1967, the label released his debut, Blowin’ Your Mind!, and its single “Brown Eyed Girl,” which hit #10 in the Billboard Hot 100 and increased Morrison’s name recognition exponentially – overnight.

Despite the album’s commercial success, however, Morrison was infuriated by producer Bert Berns’ marketing strategy. While he considered himself a singing poet as influenced by Irish writers like W.B. Yeats and skiffle icon Lonnie Donegan as by bluesmen Muddy Waters and John Lee Hooker, Bern viewed him as a way to surf the era’s psychedelia wave and used a photo of a sweating, spaced-out Morrison on the album cover with “trippy” artwork.

Although he had a Top-10 hit, performed live almost nightly and appeared on American Bandstand, Morrison was flat broke, lived in ramshackle hotels and argued incessantly with Berns over royalties until December 1967, when Berns died of a heart attack. Morrison’s new Bang contact was the infamously mob-connected promotor Carmine “Wassel” DeNoia, who had zero patience for the singer-songwriter’s financial demands and artistic vision and who openly – almost proudly – admitted to threatening Morrison with deportation and to smashing an acoustic guitar over his head during one particularly heated exchange.

In early 1968, with higher royalties a pipe dream and DeNoia’s tyrannical threats becoming more extreme, Morrison fled New York for Cambridge where he rented a rundown apartment at 602 Green Street. Within a few weeks he formed a trio with bassist Tom Kielbania, a Berklee College of Music student, and guitarist John Sheldon, who later joined The Bead Game, and they rehearsed Astral Weeks songs before playing the title track at an audition for producer Lewis Merenstein at Ace Recording Studios in Boston. “My whole being was vibrating,” Merenstein recalls. “I knew he was being reborn and I knew I wanted to work with him.”

In spring 1968, a remarkable twist of fate connected Morrison with a local kindred spirit he unknowingly knew already through the FM-radio airwaves. While visiting the proto-punk/psychedelic-rock venue The Boston Tea Party to ask manager Steve Nelson about booking a gig, he happened to meet future J. Geils Band vocalist Peter Wolf, then frontman of The Hallucinations and overnight DJ at WBCN, where he used the persona “the Woofa Goofa.” The two became fast friends when Wolf realized Morrison – entirely unaware that Wolf was “the Woofa Goofa” – had been the one sending anonymous postcards to him at the station requesting songs from little-known blues artists.

By August 1968, Sheldon had left the trio and Morrison was playing guitar backed by bassist Kielbania and drummer Joey Bebo, calling the group The Van Morrison Controversy. They played regular gigs at The Catacombs, a basement club on Boylston Street that had hosted folk artists including Jackie Washington and Tom Rush and where Morrison’s stream-of-conscious lyrics and kaleidoscopic sound – captured on Astral Weeks, which he performed in its entirety at Catacombs shows – fit the vibe perfectly, particularly once Morrison added flutist John Payne after a couple shows.

In late August 1968, arguably the biggest break of Morrison’s career came from Chelsea, Massachusetts, native and former WMEX and WBZ DJ Joe Smith, the Warner Bros. A&R legend who’d signed Peter, Paul and Mary, the Grateful Dead and Jimi Hendrix. Smith came to see Morrison at The Catacombs on the advice of Merenstein, who’d raved about his Ace audition and – despite thinking the show was lukewarm and having misgivings about the singer’s notoriously cantankerous personality – he signed Morrison immediately for having “the best rock ‘n’ roll voice ever.”

However, the situation was complicated – and dangerous – because Morrison remained under contract with Bang. To change that, Smith agreed to Morrison submitting three original songs per month to Bert Bern’s publishing company – which he did by recording 36 nonsense songs in a single session – and to Astral Weeks including two originals initially recorded for Bang, “Madame George” and “Beside You.” Also, by arrangement with comedian Don Rickles’ mob-connected manager Joe Scandore, Smith personally delivered $20,000 (about $150,000 in 2022) to an abandoned Manhattan warehouse where four men met him, took the cash and gave him Morrison’s original Bang contract in return. Smith never heard from the men again, joking later that “They weren’t in the music business.”

Finally free from Bang, the 23-year old Morrison recorded Astral Weeks at Century Sound Studios in New York in September/October 1968; Warner Bros. released it in November. Produced by Merenstein – for whom Morrison had auditioned only seven months before – the album was a bold, 180-degree turn from the packaged pop of Blowin’ Your Mind! and Morrison didn’t include any of the musicians from his Cambridge period, replacing them with top-tier jazz players Richard Davis (bass), Warren Smith Jr. (percussion), Jay Berliner (guitar), who had worked with Charles Mingus, and Connie Kay (drums) of the Modern Jazz Quartet.

Though it received an indifferent response from the record-buying public – and was not certified Gold until 2001 – the album was praised by most critics as trailblazing, a sublime musical landscape with the creative scope of French impressionism and the mystical lyricism of Celtic poetry, and it cemented Morrison’s prestigious place in the pop-music pantheon. As renowned critic Alan Light wrote, Astral Weeks was “like nothing Morrison had done previously – and really, nothing anyone had done previously.”

Morrison’s next album, Moondance (also produced by Merenstein), received far from an indifferent response when Warner Bros. released it in January 1970. Its horn-driven blend of jazz, soul, pop and Irish folk and themes of spiritual renewal and redemption sent the LP to #29 in the Billboard 200 and #32 in the UK – with several songs, including the title track, being FM-radio standards to this day – and catapulted Morrison’s career into the stratosphere, establishing the “legend” status he’s held ever since. He recorded seven more albums for Warner Bros., the last being 1978’s Wavelength, before signing with Mercury. 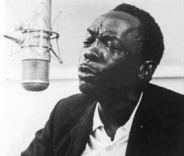 A Blues Summit In A VW Bus 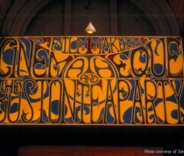 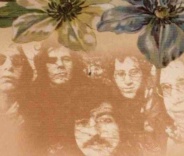 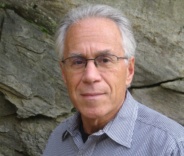 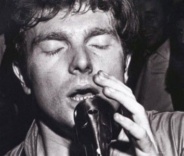 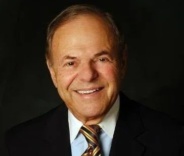