Jeff “Skunk” Baxter has accomplished something as rare as a Haley’s Comet sighting in the musical universe: being part of two astronomically successful and influential rock bands, Steely Dan and the Doobie Brothers, and also being a first-call studio cat who’s recorded with a multigenred galaxy of other megastars.

For over 50 years, the famously creative, tasteful, biker-mustachioed guitarist – who also plays drums and keyboards – has been an axe-slingin’ force of nature, a finger-flamin’, fret-scorchin’, riff-rippin’ example of what every musician considers “living the dream.” Having contributed his phenomenal technique and extraordinary versatility to more albums than some of the most avid record collectors own – the term “living legend” applies – Baxter is a household name among both producers and players, universally respected as a “musician’s musician” and a preeminent “hired gun” for recording and touring.

Born December 13, 1948, in Washington, DC, Baxter grew up in a musical home where his mother played classical pieces on the family piano and his father had an expansive record collection of classical, jazz, big band, blues, boogie-woogie and Dixieland. From age five to 12 he took piano lessons and learned to read music and at age nine, when he moved to Mexico City with his family for his father’s job, Christmas was a harbinger of Baxter’s future when his parents gave him a guitar instead of what he wanted, a bicycle. “That really pissed me off,” he says and he had absolutely no interest in the instrument until six months later, when a friend showed him some basics. “As soon as I learned a few chords, all I wanted to do was play guitar,” he recalls.

In the early ‘60s, Baxter’s musical education expanded exponentially while he was a boarding student at the Taft School in Watertown, Connecticut, where he played drums in King Thunder and the Lightning Bolts. During school holidays he worked at Jimmy’s Music Shop on 48th Street in New York, where he taught himself how to repair, build and customize guitars, and then as a technician at Dan Armstrong’s Guitar Service, the city’s go-to spot for repairs and customization – and a mecca for premier players.

“That changed my life,” Baxter says, since at Armstrong’s he met and did work for Andrés Segovia, Les Paul and myriad other greats including Jimi Hendrix, who once invited 17-year old Baxter to sit in on a couple songs with his band Jimmy James and the Blue Flames when regular bassist Randy Palmer was late to a gig. “I played one night with them,” he stresses, dispelling the common misperception that he was a full-time band member.

In 1967, Baxter enrolled at Boston University where he and bluesman James Montgomery lived in the same dorm and jammed together around campus. He worked at Jack’s Drum Shop, played guitar with The Sid Caesar Trio, taught himself pedal-steel guitar, and eventually joined rock quintet Faith, managed by promotor Al Dotoli who says Baxter “could play anything that had strings.” In 1969, he and luthier Dave Schecter opened Burbank Street Guitar Repair Shop, doing repairs for Jack’s, E.U Wurlitzer and other stores and Baxter joined Ultimate Spinach – fronted by ex-Chamaeleon Church and The Lost singer-songwriter Ted Meyers, who calls Baxter “the best lead guitarist I had worked with” – gigging across New England and playing on their final album, III.

In 1972, after relocating to Los Angeles for studio work, Baxter became a founding member of Steely Dan and was instrumental in assembling the band. He’d worked with songwriters Walter Becker and Donald Fagen before at a New York session, and when they decided to make a demo they brought in Baxter and guitarist Danny Diaz, asking both to recommend others who might join; Baxter suggested drummer Jimmy Hodder of Boston-based band The Bead Game and vocalist David Palmer, whom he knew from sessions, and the original lineup was set.

In 1974, Baxter left Steely Dan for the Doobie Brothers, formed in 1970, primarily because Becker and Fagen wanted to stop touring and Baxter didn’t. His first LP with the band was Stampede and when vocalist-guitarist Tom Johnson fell ill before the supporting tour, once again Baxter’s personnel recommendation was invaluable: Michael McDonald, then part of Steely Dan’s touring band. McDonald joined the tour, became a full-time band member and he and Baxter appeared together on three more albums –again, two platinum, one gold – before Baxter’s departure in 1979.

In the ‘80s, Baxter played on albums by Eric Clapton, Ringo Starr, Rod Stewart, Gene Clark, Barbara Streisand, Carly Simon, Joni Mitchell, Dolly Parton, Donna Summer and others and toured with Elton John, Linda Ronstadt and Billy Vera. He also played on Spirit’s Spirit of ’84 (1982) and Bobby and the Midnites’ Where the Beat Meets the Street (1984) while composing, performing and producing several film/television scores. In 1986, he joined James Brown and Maceo Parker on part of their North American tour.

In 1990, Baxter, John Entwistle, Joe Walsh, Keith Emerson, Simon Phillips and Rick Livingstone formed the supergroup The Best, releasing a live-performance video, Yokohama Arena 1990. During the rest of the decade, Baxter produced albums for Nazareth, The Ventures, Carl Wilson, Livingston Taylor, Nils Lofgren and Stray Cats and the documentary Guitar (1991) while working as a design consultant for Gibson, Epiphone, Akai, Roland and Audio-Technica.

In the 2000s, Baxter’s continued his wide-ranging studio work, including on Pink Floyd and Aerosmith tribute albums, while also becoming a self-taught missile-defense systems expert, consulting for both the US government and defense-equipment manufacturers. In 2012, he played on The Beach Boys’ That’s Why God Made the Radio and jazz-rock keyboardist Brian Auger’s Language of the Heart and in 2020 he was inducted into the Rock and Roll Hall of Fame with the Doobie Brothers.

In June 2022, BMG/Renew Records released Baxter’s first solo album, Speed of Heat, which features originals and covers and one reviewer called “a brilliant sonic mosaic.” A collaboration with songwriter-keyboardist-producer CJ Vanston, guest artists include Michael McDonald, Clint Black, Rick Livingstone and Jonny Lang and it has a rip-roaring rendition of Steely Dan’s “My Old School” on which Baxter sings a rare lead. During the supporting tour, Baxter performed at TCAN in Natick, Massachusetts.

Looking back on his 50-plus years as a professional musician, Baxter cites his time in Boston and around New England as foundational to his success. “I spent some great years in the Boston area, met and played with some amazing musicians,” he says. “And because the music scene in New England was so diverse – jazz, funk, rock and roll, country, blues – I used that opportunity to hone the skills that stood me in great stead as a studio musician to this day. Besides, there was no better pork sandwich in the known universe than the ones from Buzzy’s By The Wall!””

Asked what it’s like having millions of fans worldwide, he’s typically humble. “Well, ’nice’ might be the wrong word,” he says. “It’s fulfilling to be appreciated and to have touched people’s hearts in a good way – to have brought them whatever it is that they can leverage off the music for their own self-improvement.” 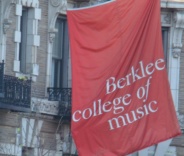 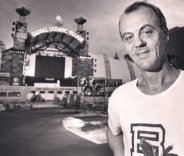