Guitarist and singer Peter Dayton came to Boston and studied painting at the School of the Museum of Fine Arts in Boston. While educating himself in this regard, he also rode a rocket to local fame as the front man in La Peste, one of the most compelling punk bands to ever emerge from the area. But even as the hard rockin’ trio edged to the pole position among the city’s volume dealers, the guitarist and singer abruptly announced his decision to leave La Peste in 1979. The action stunned a scene that had heaped accolades upon the group and attached a certain grand destiny to its future. Undeterred, Dayton followed his inner voice and formed a solo band that also rocked, but sidestepped the focused metallic drone that characterized his previous effort. The Peter Dayton Band prominently featured keyboards, which would soon become the dominating instrument in a decade of New Wave music. Ric Ocasek became a fan and musical confidant, his stature as the guiding force of The Cars boosting the younger rising star’s stock considerably. Ocasek wasn’t afraid to back his enthusiasm with action, producing the Peter Dayton Band’s first effort, the song “Last Supper,“ on a 1980 national compilation album of emerging American groups called Sharp Cuts. A year after that he produced Love at First Sight, a four-song 12” EP on which Ocasek and two other members of the Cars added some session work. With all that firepower and ammunition handy, it seemed that something should have exploded, but it never did. The Peter Dayton Band gigged around town for a time as local heroes, but never managed to kick down the door to a national audience. The singer and guitarist once again followed an inner voice, choosing to go international by moving to France for several years and putting out records over there. When he returned to the States in 1989, Dayton moved to the New York City area where he made his living as an artist and playing in a punk band called xframes. What goes around.
(by Carter Alan) 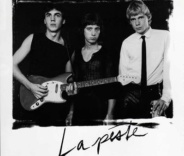 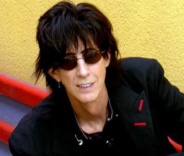