If you were into the Boston punk scene in 1978 or ’79, then you were probably into Unnatural Axe. Who couldn’t love a band that professed to be most influenced by the Dictators, New York Dolls, Ramones and Bobby Orr — Blasting out of their Dorchester basements, the members of Unnatural Axe (singer Rich Parsons, guitarist Tom White, bassist Frank Dehler and a variety of drummers) plied the short list of available clubs willing to book punk rock (The Rat, Cantone’s, the Club) and left a trail of beer bottles in their wake. Radio icon Oedipus, then newly arrived at rock powerhouse WBCN, was an early fan and friend of the band, giving generous airplay to its first four-song EP, which included the World War II sci-fi thriller “They Saved Hitler’s Brain.” The lyrics that alluded to saving the brain but not another portion of Adolf’s anatomy led to the song being briefly banned on WMBR in Cambridge, which only heightened the band’s legendary underground status. Unnatural Axe became New England cult heroes and happily continued playing “Three Chord Rock” (another of their classics) for years to come. Alas, stardom eluded them and the members went their separate ways, but occasional reunions have sustained into the new millennium as Unnatural Axe continues to spill its Dorchester seed onto an unsuspecting world.
(by Carter Alan)

(Joe Viglione, who co-produced the “Brain” EP with Liz Ireland, also contributed his take on the Axe for us.)

In between the New Wave and the hardcore movement of Boston’s 1970s came the pure punk rock of Unnatural Axe, arguably New England’s most visible ambassadors of the genre. Dorchester natives, vocalist/rhythm guitarist Rich Parsons and lead guitarist Tommy White (a.k.a. Tommy “White Trash”) got into playing together after discovering what they felt was the perfect mix of rock and humor – the Dictators’ first album. After “rescuing” bassist Frank Dehler from The Berklee College of Music they began to rehearse in Richie’s basement. In their song “Three Chord Rock” you can find their mission statement “Someday we’ll be big and play out of state – Wow!” The group officially formed in 1977 and recorded a 4 song E.P. released on Varulven which became an instant sensation due to Parsons’ twisted masterpiece, a punk rock song influenced by the film “They Saved Hitler’s Brain.” The boys played over 100 shows in the Northeast Region as their popularity grew in the next two years making it to major label interest before deciding to pursue other things. Tommy began working with a local parody band, “The Fabulous Billygoons” (Billygoon Party Rap) before Richie and Frank formed “The Gremies” (who recorded the Unnatural Axe song “No Surfing In Dorchester Bay”) and the first run of the original band ended in 1980. Their first official reunion was June 6, 1982 at The Rat with Roger Tripp of La Peste on drums. On the strength of their reunion shows the band was enlisted by Detroit Underground International Records to record and play in the Midwest. Their work with D.U.I. led to an invitation to play at Punk Magazine’s 25th Anniversary at CBGB’s with their heroes – The Dictators. This was the band’s triumphant return to the New York punk mecca since their their week in 1979 opening up for the Plasmatics. Current and longest lasting drummer, Jack Clark, comes from hardcore band Jerry’s Kids. His speed and accuracy has made the Axe one of the few bands from the ’77 punk era to play even faster than they did “back in the day.” With the addition of Gang Green guitarist Fritz Ericson, the Axe has also worked as a back-up band for Ex-Dead Boy Cheetah Chrome. You can find this collaboration in a video of the Dead-Boys/Rocket From The Tombs song “Ain’t It Fun” posted on the Gibson Guitar website at www.gibson.com. In 2005, Tommy White produced a documentary about Unnatural Axe titled You’ll Pay For This. It debuted at Walt Disney Hall in Los Angeles and was picked up for national DVD distribution. Having many of their songs recorded by bands in Europe over the years and releasing an album in Finland at the turn of the millennium helped the band headline an international music festival in Rome, Italy in 2006. The band has since made a return trip to Europe as the backup band for Cheetah Chrome. Unnatural Axe is currently working on a new album here at home while Richie Parsons begins some transatlantic collaborations with European performing artists.
(by Joe Viglione) 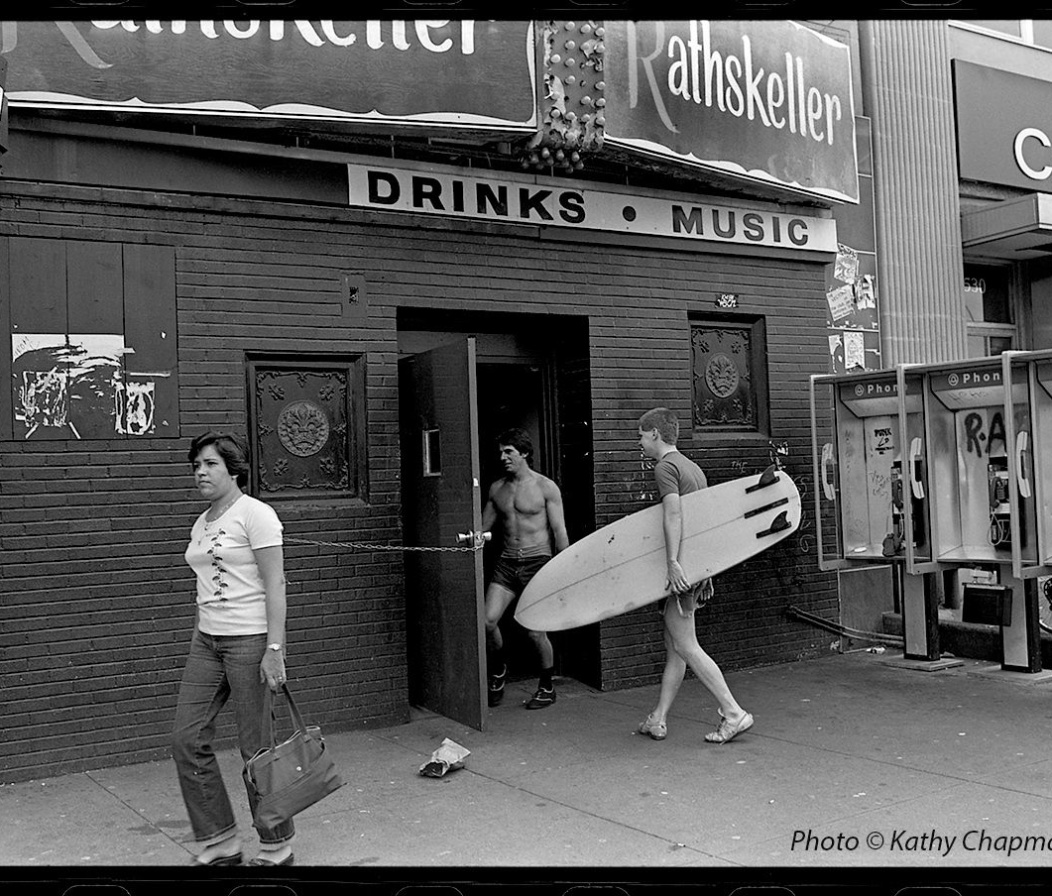