December 26, 1963, was one of the best days of my life. I earned my driver’s license! No more CYO (Catholic Youth Organization) dances with nuns checking your skirt length. No more begging my dad to spend his Friday night chauffeuring a car filled with teenage girls all over the South Shore. Now I could drive anywhere, at anytime, with the car loaded with my friends. Now we could go to the Surf!

The Surf Nantasket Ballroom, in Hull, MA, began its life as a ballroom, hosting the Big Bands. With the popularity of rock and roll, most of the old ballrooms, like Moseley’s on the Charles and the Rexicana, had converted to venues for rock music and the hoards of teenagers who came to listen and dance. The ballrooms were back in business. At the time, the owner, Bill Spence, had three Surfs in the Boston area, but Nantasket was the only one I knew about then. Unlike places such as Moseley’s, the Surf Nantasket did not have that old style. The Surf was purely functional. A raised stage and huge dance floor allowed the Surf to be perfect for just about anything.

From my teens into my twenties, We went to the surf for three reasons. First was the fun. We knew the music would be great and there was always a crowd. The local bands who played there were the best in the area. Some were beginning long careers, some went on to national recognition, and some local band members would move on to their next stage, either with another local or regional favorite or national fame. The surf was a great starting point for us, socially, and also for the musicians.

Secondly, we went for a particular band or musician. The Surf hosted a wide variety of music. We went to see the Kingsmen. We got there early, so we could get to the front of the stage. After going through the doors, we ran across the floor and made it to the front. The Kingsmen attracted the typical teen turmoil and the place was packed. Those of us at the front had learned how to brace ourselves against the surges of the crowd. It was worth the risk. Maybe someone would throw a guitar pic to you or even a drumstick! We were in heaven. When we were a little older, we went to hear a higher level of music, like the Yardbirds. By then, we were happy to stand on the side and enjoy the music without the drama. After that, we went to see musicians like Dion (without the Belmonts). This was nostalgic for us. He was an ” oldie.” Looking back, I think Dion had been popular less than ten years previous. Guess it’s a matter of perspective. We loved Dion, even though he had to wear a hat to cover a balding head.

Finally, we went to the Surf when it was a special function venue. There were hundreds of colleges in the area and hundreds of special weekend that may have included a football game, a formal dance, and some plain old fun at the Surf. Being a local, I frequently lead a caravan of cars filled with out-of-state students to my old friend, the Surf. Because we were a little older and this was a private event, we were a little better dressed and a little better behaved. Over the years, I saw Paul Revere and the Raiders, Gary Puckett and the Union Gap, and the Lovin’ Spoonful and others I don’t remember. By then, the Surf was close to its end.

We had grown up during our many visits. We began as star struck teens and had grown into young adults with a real appreciation for music. Together, we had loved the beginnings of rock, the surf sound, soul, the entire British Invasion, the hippie protest and peace songs, and back to the oldies. By the 70s, the Surf Nantasket was gone and we were adults trying to make our way in the world, but we will never forget our old friend and all the good times we had together. 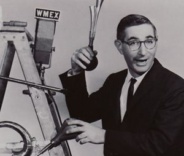 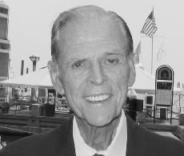 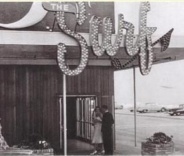 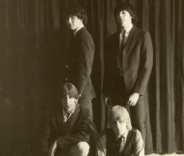