In just 18 months, The Beacon Street Union went from being one of Boston’s top local bands to achieving national recognition.

Keyboardist Bob (Rhodes) Rosenblatt formed the band in the summer of 1966. He recruited two fellow Boston College students, Wayne Ulaky on bass, and John Lincoln Wright on vocals, a high school acquaintance Paul Tartachny on guitar, and a childhood chum, Dick Weisberg on drums. The quintet cut its teeth on British blues covers of American blues classics. The band was also initially heavily influenced by The Yardbirds’ Little Games album and the exploration of “psychedelic” sounds.

The sound was raw and driving. Strong influences came from local hard rock heroes Barry & The Remains, The Blues Project, and the pulsating, hypnotic rhythms of The Velvet Underground.

The Beacon Street Union began by playing in bars. However, the local bar scene had little patience for musical experimentation. The band found more enthusiastic audiences on college campuses and in showcase venues developing out of the Boston/Cambridge coffee house scene. They found a home at the Boston Tea Party, Boston’s first psychedelic ballroom located in an abandoned synagogue on East Berkeley Street.

In June of 1967, the band headed to New York City to see if they could score some gigs there. They played at The Bitter End, Café Wha, and Steve Paul’s The Scene. During a 5-week summer residency at The Scene, they met independent producer Wes Farrell who took a strong interest in the band and soon they found themselves in the studio laying down some original material. Farrell made a distribution deal with MGM records, and unbeknownst to the band; MGM packaged The Beacon Street Union with two other projects, Orpheus and Ultimate Spinach, both produced by independent producer Alan Lorber,

Now part of MGM’s “Bosstown Sound” promotion, the band enjoyed nation-wide publicity on the release of their first LP, The Eyes of the Beacon Street Union, in January 1968.  Sales for the album were good, supported by a string of live dates across North America and Canada and several TV appearances. Favorable reviews and articles were carried by a number of mainstream publications.

The advertising campaign for the “Bosstown Sound” began to attract attention in the underground press, drawing accusations that the notion that there was a “Boston” sound was a crass marketing ploy by MGM. April 1968 saw the release of a second Beacon Street Union single, their cover version of Carl Perkins’ “Blue Suede Shoes,” delivered in true rock n roll style. Stripped of Wes Farrell’s studio tricks, this track provided a glimpse of what the Eyes of the Beacon Street Union album could have sounded like if the band had been allowed to keep to their original raw sound. In May, the album peaked at number 75 in the Billboard LP charts as sales started to fall away, the early impetus having stalled due to the “Bosstown” backlash.  By June, the Beacon Street Union were back in New York, getting ready to go into the Record Plant in Manhattan to begin work with engineer Eddie Kramer on their second album. The contract that the Beacon Street Union had signed required that the band recorded new material on a scheduled basis. So, having barely paused to take a breath since the release of their first album, they found themselves forced to return to the recording studio before they were ready.

Farrell was enamored with the idea of producing a concept album centred around two new songs that the band had been trying out on their recent tour; “The Clown Died in Marvin Gardens” and “Angus of Aberdeen.” In concert, “Clown” and “Angus” were played without a break, but on the album, they were split by an orchestral piece titled “The Clown’s Overture” that Farrell invented. Despite having written some new material, there wasn’t enough to fill an album, so the idea of creating a concept album was abandoned. As a result, they found themselves having to write new songs quickly and record them as the sessions progressed. In addition, Farrell began to try and introduce material from outside the group. To augment these new tracks some recordings from earlier sessions were used to fill out the album, most notably a sixteen-minute plus treatment of Them’s “Baby Please Don’t Go,” that progresses from straight R&B to laid back jazz noodling via West Coast psychedelia and garage rock. It is probably the one track that comes closest to capturing the raw energy of their live performances.

In 1969, with another album scheduled, The Beacon Street Union prepared to go back into the studio. This time they were determined to return to their roots as a live rock band and the new material was more stripped down. One of the first tracks to be recorded was a Wright/Rhodes/Ulaky composition called “Kickin’ It Back,” the last recording by the Beacon Street Union. Wanting to distance themselves from the whole “Bosstown” debacle and start with a clean slate, the band underwent an identity change and reinvented itself as Eagle. This wasn’t the only change. In the spring of 1969, Bob “Rhodes” Rosenblatt decided to return to college full time and study law. Paul Tartachny left part way through the recording sessions, a move that saw Wayne Ulaky switch to lead guitar and the recruitment of a new bass player, Englishman Bobby Hastings. With the new line-up and name came a more straight-ahead rock sound, devoid of the studio effects and orchestrations that Farrell had featured so prominently on The Beacon Street Union albums.

The original five members of The Beacon Street Union had a chemistry that wasn’t always harmonious, but it was intense, and it was real. They fought and argued, and sometimes alienated each other, but they were passionately dedicated to their mission: rock hard, rock the boat, and rock out – take no prisoners and don’t look back. They were young and they were cocky. They had a dream, and it almost came true. 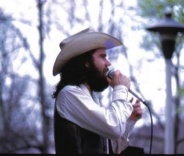