John Fannon is the guitarist/vocalist for New England.

Snapshot # 1
Boston was a vibrant music scene in the ’70s.  Musicians were migrating from all over! There was a friendly but strong rivalry among the bands that I believe drove the greatness that was emerging… Aerosmith, J. Geils, Boston, The Cars, my band New England and many, many, more… all a product of those times.

Snapshot #2
Our very first live performance, as New England, was our record release party under the Dome at Quincy Market in 1979. That was a special night!  In attendance were many local radio celebs, our manager the late Bill Aucoin, Ric Aliberte, VP of Aucoin Management, our producers the late Mike Stone and Paul Stanley and most importantly family and friends.

Snapshot #3
We were playing the Civic Center in Bangor, Maine, with KISS, and Stephen King was sitting on the side of the stage with his two kids.  After our show, before I could ask him for his autograph he asked me for mine…

Snapshot #4
Remembering life before cell phones. We sang “Hello Hello Hello” live on WBCN from a pay phone outside of a Stop n’ Shop…

Snapshot #5
Going back to the bars was a cool thing for bands to do… May have begun with the Rolling Stones playing Sir Morgan’s Cove, in Worcester (better known in JP where I grew up as Whistah.) At the height of our popularity, we wanted to feel that barroom blood running through our veins again and played to a shoehorned, standing room only crowd at The Rat.  That grungy, funky, beer perfumed, tiny  palace in the cellar of Kenmore Square rocked!

Snapshot #6
My favorite concert club was The Paradise on Commonwealth Avenue.  We would play there on an off-night from major tours and always sell out two shows… In those days there were table and chairs and the crowd felt like they were on stage with you. I loved that!  I remember my parents sitting in the front row with cotton balls in their ears. They were from the Glenn Miller era, trying to protect themselves from my Marshall stacks. God bless them, they had a blast!

Final thoughts:
New England the region had some historic venues in those days, and I am honored to have played so many of them.  Gone are Uncle Sam’s, which was the Old Surf at Nantasket Beach, The Cape Cod Coliseum, Mr C’s in Lowell and the Music Inn, in Lenox MA. And those still standing: The Orpheum, The Providence Civic Center, Hampton Beach Casino, The Portland Cumberland Civic Center and so many, many, more…..Amen! 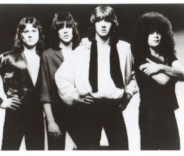 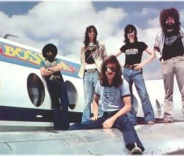 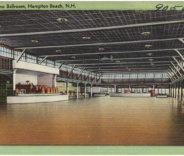