Fiddler and sweet-voiced singer Maria Muldaur was known as Maria D’Amato before she joined the The Jim Kweskin Jug Band and married guitarist Geoff Muldaur. But before those heady Boston days, the Greenwich Village native found influences in country and western, as well as early rhythm and blues and traditional mountain music. After a stint in the Even Dozen Jug Band, she hooked up with Kweskin, later did two albums with Geoff, and then split from him and started a solo recording career. Her eponymous 1973 debut album went platinum on the strength of the single “Midnight at the Oasis.” She’s since recorded tributes to Peggy Lee and Bob Dylan. The tune “I’m A Woman” from her Kweskin days has remained her theme song.
(by Ed Symkus) 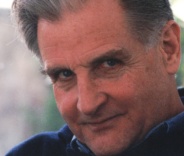