After the tour and now based in Woodstock, NY, they went in the studio again, but vocalist Sorrento departed before they got much on tape.  Then Van Morrison asked Purro, Schroer and Tilton to play in his band, which they did in the early 1970s. Schroer appears on seven of Van’s LPs from that period, including Moondance and Tupelo Honey, and has also recorded with Paul Simon and the New Riders of the Purple Sage.  Colwell, Winfield and Purro reunited for 1971’s Live Bust, recorded at the Phoenix Coffee House in Boston (you can hear the police shutting down the show at the end of the record) and the band’s only other official release (both of their albums have since been reissued by Italian record company Akarma).  The last forty years have seen them in and out of music. Tilton plays with Eight To The Bar, Sorrento became a vocal teacher at Berklee, Purro joined the James Montgomery Band and played drums on his first three albums.  He has also played with Susan Tedeschi, and with Paul Rishell and Annie Raines. Since 1981 he has owned and operated the Yankee Book & Art Gallery in Plymouth, MA.  Mike Winfield contined to live for many years in Woodstock, NY, working as a musician and carpenter, before he eventually moved to Seattle as a drug and alcohol counselor.  Billy Colwell returned to Boston where he led bands under his name and has since died, as has Jack Schroer.

(By Stephen Haag, with thanks to Chuck Purro) 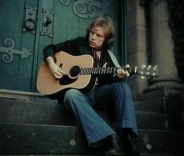 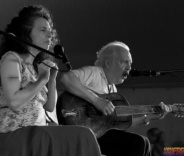