On the
New England Music Trail

On November 28, 1942, as World War II engulfed Western Europe and the Asia-Pacific, something happened in Boston that dominated headlines throughout New England and across the country the next day, overshadowing even the gruesome reports of horrific battles and escalating casualties: In the deadliest nightclub fire in US history, the Cocoanut Grove burned to the ground, killing 492 people.

And while that harrowing story has become well known over the past 80 years, what’s less remembered is the club’s fascinating pre-inferno past, when it hosted the most illustrious musical acts of the era including a suave 25-year old singing sensation named Frank Sinatra in 1941 – appearing as a part of Tommy Dorsey’s orchestra before starting his solo career in 1942 – and was just as famous for its owner’s underworld associations as for its prestigious patrons’ influence, wealth and glamour. When it came to the most stylish, sophisticated, swingin’ venues in post-WWI, pre-WWII America, New York had the Copacabana, Los Angeles had the Café Trocadero, Chicago had the Club DeLisa and Boston had “the Grove.”

Extravagantly decorated with swanky furnishings, enormous artificial palm trees, Polynesian-style accoutrements and, of course, coconuts – plus a roll-open roof so patrons could “Dine & Dance under the Stars and Sky,” as the promo posters said – the Grove was, for most of its 15-year existence, an uber-chic spot frequented by socialites, sports stars, military brass, vaudeville greats and Hollywood celebrities. From 1931 to 1933, however – Prohibition’s final years – it lost much of its original respectability while functioning as the de facto nighttime headquarters for Boston’s most infamous, feared and high-powered mobsters, their go-to place for wining, dining and otherwise bribing politicians and law-enforcement authorities.

Opened on October 27, 1927, with a revolving door as its main entrance/exit – tragically, as it jammed during the fire due to the crush of panicked patrons – the Grove’s first owners were locally known crooner Mickey Alpert, age 23, who had appeared often in theatre productions and on radio broadcasts, and nationally celebrated bandleader Jacques Renard, a 33-year old classically trained violinist born in modern-day Ukraine who moved to Boston as a child and had performed with his orchestras multiple times on top radio shows including George Burns’ and Gracie Allen’s and Eddie Cantor’s. Renard’s 1925/6 band occasionally included an ambitious 22-year old trombonist who became a household name in the ‘30s/’40s fronting his own orchestra: Glenn Miller.

Despite its prime location at 17 Piedmont Street near the Park Square theatre district, Prohibition made the club a risky commercial proposition, but Alpert and Renard were convinced that world-class live music would draw throngs of people to the 460-capacity, alcohol-free club and adhered strictly to the national liquor ban.

The Grove’s main area had a dining room, several small bars, a ballroom, a grand piano and a bandstand for jazz combos/singers while big bands including the resident Cocoanut Grove Orchestra performed in the basement-level Melody Lounge which – as tragically as the club’s main egress being a revolving door – had only one exit, a four-foot wide set of stairs leading to the foyer.

Initially, Alpert and Renard planned to finance the Grove through Jack Bennett – who used the pseudonym Jack Berman to conceal his checkered past – but they decided to fund it themselves after learning that Bennet was an ill-famed grifter planning to launder money through the club. However, with Prohibition making it virtually impossible for the pair to turn a profit after all, in 1931 Alpert and Renard sold the Grove to Charles “King” Solomon – a nationally notorious, Russian-born mob boss who controlled most of Boston’s bootlegging, illegal narcotics and illicit gambling and much of it across New England – for $10,000 (~$195,000 in 2022).

Under Solomon, the Grove was a speakeasy until January 1933 when a rival gang shot him dead in the men’s room of the Cotton Club on Tremont Street. The next owner,  Solomon’s heavily mob-connected lawyer Barnet “Barney” Welansky, had a close relationship with Boston Mayor Maurice Tobin and bragged openly about refusing to follow what he referred to as “silly” building-code requirements and fire-escape regulations. Ironically, given his infamous involvement with gangsters, Welansky transformed the Grove from an unsavory mobster hangout back into an elegant retreat for the elite – just as it had been from 1927-1931 – with original co-owner Micky Alpert as full-time emcee.

By the late 1930s, the Grove was hosting the most acclaimed big-band leaders of the era including Tommy Dorsey, Glenn Miller, Sammy Kaye, Artie Shaw, Harry James, Claude Thornhill, Woody Herman, Buddy Clark, Frankie Carle and Les Brown, along with a regular rotation of lesser-known local, regional and national acts.

On the night of the five-alarm blaze – when an estimated 1,000 people were in the club (more than double its official capacity) and six of its nine doors were locked – Alpert was singing onstage, backed by a band including pianist Bernie Fazioli and bassist Jack Lesberg, a Boston native who survived after using his double-bass to smash open a wall, a breathtaking escape that Charles Mingus recounted in his autobiography Beneath the Underdog (Alfred A. Knopf, 1971). Lesberg went on to perform with many jazz greats – among them Louis Armstrong, Earl Hines, Jack Teagarden, Sarah Vaughan and Benny Goodman – and as part of the New York Symphony under the directorship of Lawrence, Massachusetts native Leonard Bernstein.

Alpert also survived, moving from Boston to New York shortly afterward to start a new career as a casting director. Fazioli did not make it out alive, however, along with several other band members and the Hollywood cowboy-movie star Buck Jones, who was in Boston as part of a US tour to sell war bonds. According to Arthur Fiedler’s official biography, Arthur Fiedler and the Boston Pops (Houghton Mifflin Harcourt, 1981) by former Boston Symphony Orchestra first violinist Harry Ellis Dickson, the esteemed Boston Pops conductor assisted with rescue efforts at the scene of the fire.

Welansky was convicted of 19 counts of negligent manslaughter – for failure to secure required building and alcohol permits and for allowing highly flammable materials and shoddy wiring in the Grove, among other things – and sentenced to 12-15 years in prison but the newly appointed Governor of Massachusetts, his friend and former Boston Mayor Maurice Tobin, pardoned him after he’d served just three and a half years.

In 1993, the Bay Village Association embedded a plaque in the sidewalk outside the club’s former location which reads “In memory of the more than 490 people that died in the Cocoanut Grove Fire on November 28, 1942. As a result of that terrible tragedy, major changes were made in the fire codes, and improvements in the treatment of burn victims, not only in Boston but across the nation. ‘Phoenix out of the Ashes.'”

In 2017, the 75th anniversary of the fire, WGBH aired the debut broadcast of the 70-minute documentary Six Locked Doors: The Legacy of Cocoanut Grove. Featuring archival footage, photographs and interviews with survivors – many in their 90s who had never spoken publicly about the event – along with in-depth review and analysis of the incompetence, greed and corruption that led to the tragedy, the film won the Audience Award for Best Documentary at the 2020 Massachusetts Independent Film Festival.

Upon the film’s release, the Quincy-based Fire Protection Research Foundation’s Executive Director Emeritus Casey Grant stressed its significance even decades after the Grove disaster. “We are continually fighting complacency,” he told the Associated Press, citing the 2003 fire at The Station nightclub in West Warwick, Rhode Island, that killed 100 people and the 2016 Ghost Ship warehouse fire in Oakland, California, that killed 36. “Films like this are hugely important to remind us about the lessons of history.” 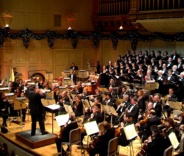