In 1955, a man from Northern Ireland flew into America through Boston’s Logan Airport, carrying only an x-ray of his lungs and a set of bagpipes. Upon landing, a Customs and Immigration official processed the 23-year old and instructed him to “Have a good life.”

The immigrant was Tommy Makem, the Godfather of Irish Music. “I took him at his word,” Makem often said of the officer.

Makem headed north to Dover, NH, a town awash in jobs and a burgeoning Irish populace. He was preceded by relatives and acquaintances eager to make better lives for themselves in the United States. The city’s textile mills provided ample employment and gave those relatives the means to support Makem upon his arrival. Many of them had moved to America to get away from the mills in Northern Ireland, only to end up in the mills here. Still, it was a more prosperous future than they had in their former home.

Makem found a job at Kidder Press, one of Dover’s largest employers, but three months into his American journey, catastrophe struck: His left hand was caught between two giant rollers, crushing it. Doctors informed him that the hand would need to be amputated. But luck had other plans. A young surgeon named Dr. Demopolis was developing an experimental technique and with dozens of surgeries and over most of a year, the doctor moved tendons from Makem’s ankle and foot into his hand, saving it.

The tragedy sent Makem on a new path. Kidder Press continued to pay him, but as he was unable to work, he decided to further his acting career in New York City. He hooked up with a fellow Irishman he’d met the year prior, Liam Clancy. The pair had met while folk song collectors were recording Makem’s mother, Sarah Makem, a woman who was renowned for her recollection of traditional Irish songs.

Clancy introduced Makem to his brothers in New York and the Clancy Brothers and Tommy Makem were born, a quartet performing old songs from their childhood in Ireland. The young men were astounded that people were actually willing to pay them to sing. Their future as actors would have to wait.

Makem, who had grown up on the bagpipes and tin whistle, started playing the banjo, though he needed to create his own chord stylings as his hand was permanently damaged from the press accident and was never able to fully open again.

The Clancy Brothers and Tommy Makem took off, playing for John F. Kennedy and on popular television programs like The Ed Sullivan Show, The Tonight Show with Johnny Carson, The Mike Douglas Show and The Steve Allen Show, and influencing a generation of Irish music and folk performers, including Bob Dylan. Their lively renditions of old songs, along with Makem’s knack for penning new material, catapulted the group to stardom, surpassing The Beatles’ sales in Ireland. In 1961, Makem and Joan Baez were voted the Most Promising Newcomers on the American Folk Scene at the Newport Folk Festival.

Makem married Mary Shanahan and they started a family, moving from New York to Ireland, but life in Ireland in the early 1970s had a very dim future. The Troubles, as they became known, brought about a turbulent time in Ireland and Northern Ireland, with violence becoming ever more frequent and the promise of a better future for their four children less likely. They returned to Dover in 1972, where they spent the rest of their lives.

The 1970s saw Makem embracing a solo career before a chance encounter with Liam Clancy and the forming of the band Makem and Clancy. The duo helped to define the sound and standard of Irish songs in the 1970s and ‘80s and Clancy decided to move to Dover with his family as well.

Makem embraced his home in New Hampshire and in 1986 was sworn in as an American citizen at the New Hampshire State House in Concord. Along with fellow New England musicians, he held an annual fundraiser through the 1980s and early 1990s to benefit Dover’s fire department.

Makem penned songs that many people incorrectly consider traditional, like “Four Green Fields,” “Gentle Annie,” “The Winds Are Singing Freedom” and “Farewell to Carlingford.” He had over 41 commercial releases through several record companies, including Columbia, Tradition, Sony, Shanachie and Blackbird. His recordings also appeared on compilations and re-releases through dozens of record companies like Emerald, Rykodisc, CBS, Rego, Laserlight and Philips.

His wife, Mary, passed away in 2001 after a bout of lung cancer and Makem died August 1, 2007, also from lung cancer. Makem and his wife are buried in St. Mary New Cemetery in Dover.

In 2010, the town of Dover named a bridge after the couple, and Makem’s birth town of Keady, County Armagh, Northern Ireland, erected a community center in his honor in 2015.

It could be argued that he did the Customs and Immigration official proud. 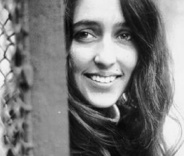 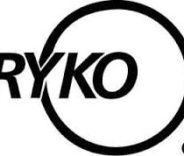