Kate Taylor is a singer, sister, songwriter and mother. She was born in Boston and grew up with her four brothers — Alex (A.T.), James, Livingston and Hugh — in Chapel Hill, N.C. where her dad was Dean of the University of North Carolina Medical School.

She is a member of one of the most famous musical families in the world and has enjoyed a lot of success as a performer and recording artist. Kate formed her first band at age fifteen and had her first record deal with Atlantic Records four years later. This debut record, Sister Kate, released in 1971, was produced by Peter Asher, her manager at the time, who had many hits with his duo Peter & Gordon in the ’60’s.

Kate: “I met Peter Asher in 1969 when I went to London to visit brother James when he was making, with Peter producing, his album for Apple Records. James and I were invited to a tea party out at Peter’s summer cottage in the countryside. It was early June, and there was an empty and ancient swimming pool in the yard. JT and I went down in the bottom of that stone-lined pool and sang some songs that we had been singing together since we were kids, Charlie and Inez Fox’s “Mockingbird”, among others. James, if you’re reading this, do you remember what others? A month or so later, I was back home on the Vineyard where I was living at the time and got a call from Peter saying he was moving out to Los Angeles and did I want to come out and make a record? Answer: YES!

Over the next year, we worked on that record and signed a deal with Atlantic Records, on their Cotillion label. Sister Kate had many great players contributing to it; Danny Kortchmar, Carole King, Lee Sklar, Bernie Leaden, John Hartford, Russ Kunkle, Linda Ronstadt; these folks are among the amazing musicians who played on it.”

Her second album, the self-titled Kate Taylor was produced by her brother James Taylor with engineer Lew Hahn, and was released in 1976 on Columbia Records. It did very well and produced the charting hit “It’s In His Kiss (The Shoop Shoop Song)” done as a duet with James. It peaked at #49 on the Billboard Charts.

Kate: “James and I recorded another couple of songs as duets for my later Beautiful Road record. Those were “Auld Lang Syne” and “I Will Fly.” Check them out!”

The following year she released It’s In There and it’s Got to Come Out, produced by Barry Beckett at the legendary Muscle Shoals Studios in Muscle Shoals, Alabama. Kate’s music has a strong influence from Memphis blues and Southern soul so recording there was the perfect fit. Kate then took a long break from performing and recording to raise her two talented daughters Elizabeth and Aretha. Kate: “My daughter Elizabeth Witham is an extremely gifted storyteller, her medium being documentary film. My daughter Aretha Brown graduated from the Berklee School of Music. Her singing will bring you to cheers and tears and she’s a bright and shining light onstage.”

Since 2000, Kate has released Beautiful Road (2002), Kate Taylor — Live At The Cutting Room (2005), and Fair Time! (2009) along with a DVD Kate Taylor — Tunes From Tipi And Other Songs From Home. The album Fair Time! is a collection of tunes she wrote or co-wrote about her home, it’s places and it’s people; typical subjects of her creative catalog’s compositions. The DVD Tunes From the Tipi traces the family’s musical history and journey from Chapel Hill to Martha’s Vineyard. Kate Taylor is a singer, sister, songwriter and mother. And she’s a tremendous talent too.

Non-music Taylor Family Fun Fact: All of the Taylor siblings are tattooed with a circular yin/yang like tattoo with the words Terra Nova underneath. I’ve gotten different explanations from the three family members I’ve asked about it. Kate insists the real scoop of its origin is from her when she was with brother James in England, but another version is that it was from the flag on their father Ike’s boat. 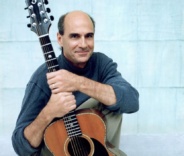 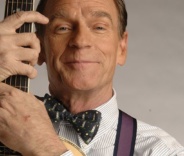